Alright, Moses and Lazarus are not future 1st round draft picks, I'm referring to the men from the bible.  Nothing is as pure as baseball and apple pie.  The bible tells us "Create in me a pure heart, O God". 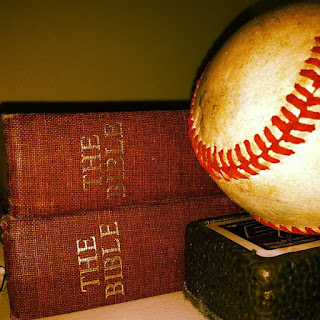 Some athletes take this to heart.  They use their fame and celebrity as a baseball player to help spread the word of God.  They volunteer to speak to youth, donate money, and even write bible verses on baseball cards when they sign autographs.  Signing an autograph with a bible verse certainly never hurt anybody, but who knows when it will have helped.

Some baseball players are well known for including a bible verse with their signature.  I have created an All-Star team of talented baseball players who had very successful careers, but also share their faith when signing autographs.

Catcher - Gary Carter. Unfortunately, cancer took him away from us much too soon, but he will always be well known for being a great offensive and defensive catcher as well as a team leader. 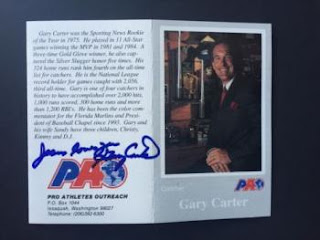 First base - John Olerud.  Batting champ, 2x World Series champion, and smooth with the glove. Also, surprisingly a fair amount of power with over 250 career homers. 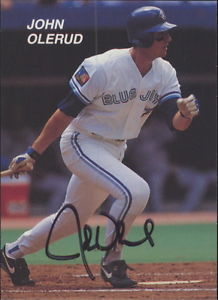 Second base - Harold Reynolds.  Many of the younger fans know him for his commentary on ESPN and the MLB network, but Harold was a great mixture of speed, power, average, and defense during an era when many second baseman were limited. 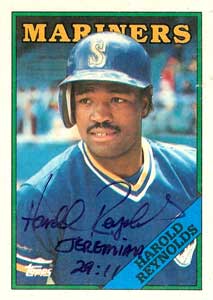 Third base - Kelly Gruber / Kevin Seitzer This was a toss up, so I had to go with both of them.  In the late 80's and early 90's, both players were very productive players who played in a summer classic (All-Star game). 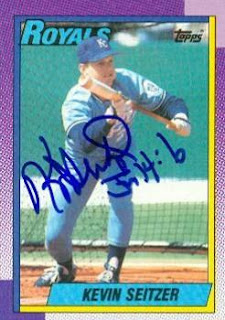 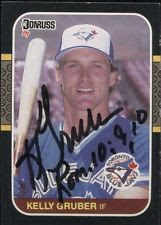 Outfield - 2 Superstars and 1 really good guy!  Bryce Harper, Josh Hamilton, and Oddibe McDowell.  Bryce may not write as many verses on his cards nowadays, but the guy signs quite a bit these days!  Josh Hamilton has certainly battled issues in his life, but no one can question his talent.  Oddibe was a member of the 1984 USA team and had a good career with the Braves and Rangers. 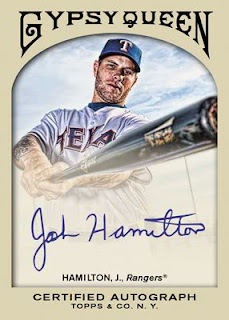 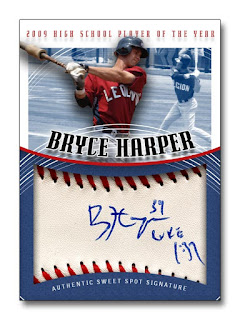 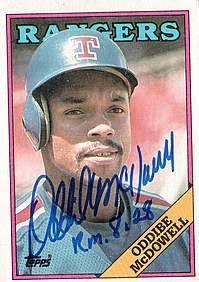 DH - Albert Pujols.  Unless you have been under a rock for the past 12 years or on the planet Mars with Matt Damon, you undoubtedly know this 1st ballot HOF player.  Not only is his big on promoting his faith, but he owns a Latin Christian Radio Station! 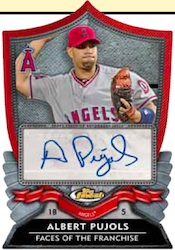 Pitchers - Frank Tanana, Mark Langston, and Doug Jones
Although Tanana was a little before my time, I was surprised to see what an outstanding career he had in the 70's with multiple All star appearances as well as votes for the Cy Young!  Langston was a dominant pitcher in the late 80's and certainly someone you'd be willing to hand the ball to in any big game.  Doug Jones battled hard spending many years in the minors before becoming successful in the majors at the young old age of 30! 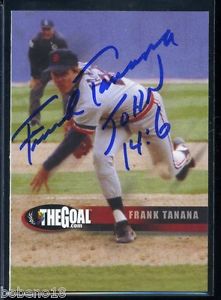 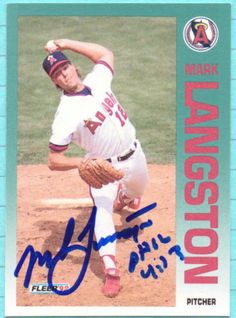 I know God doesn't really care who wins a baseball game, but don't you think he might be smiling a little wider when they guys took the field!